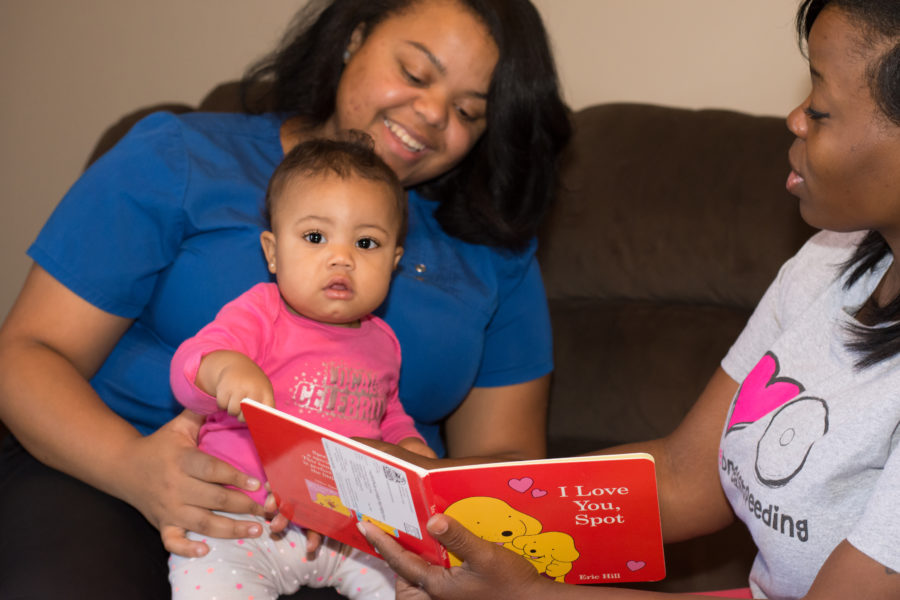 Birth and Equity: Why Community-Based Doulas?

Every child is born into possibility, yet for too many the opportunity to reach that possibility is inequitable from the start. People of color and their children face stark disparities to survive, thrive, and learn. This is especially true for pregnant women of color and their babies. Fostering opportunity and health equity must begin even before birth. A recent New York Times Magazine articlepowerfully conveyed how black infants are more than two times as likely to die as white infants and how

this is intimately intertwined with another tragedy: a crisis of death and near death in black mothers themselves.

Because of this crisis, we are especially excited that BirthMatters is celebrating their 10 year anniversary. BirthMatters trains women from marginalized neighborhoods to become community-based doulas–who provide emotional and educational support to young mothers and their families to ensure we are improving birth disparities. BirthMatters has the evidence to support improved outcomes for our moms. For every dollar invested we save taxpayers $4.17.

The lived experience of a black person can reduce their chances of a healthy pregnancy and birth, as well as the survival of their infant. Living in poverty further lessens the chances for children to flourish. About 19 percent of our nation’s children live in poverty, and the numbers are even more devastating for children of color: 34 percent for African Americans, 34 percent for American Indians, 28 percent for Latinos/ Hispanics, and 20 percent for mixed race children. The long-term consequences of ongoing poverty and adverse experiences are especially severe for the youngest children, making it less likely that they will graduate from high school, complete college, or be consistently employed as adults.

Today we know more than ever about maternal health and the critical earliest months and years of a child’s life. We know that 90 percent of a child’s brain develops during the first three years of life—and that by the time children are eight years old and usually in third grade, much of what they need to succeed in life has already been established. That includes cognitive, social and emotional development, gross motor skills, and the foundations of executive functioning, including the ability to pay attention, manage emotions and solve problems.

We can be the generation to disrupt the cycle if we pair knowledge with action. Strategically investing in mothers and children with prevention and intervention at critical development points in their early years can not only prevent negative outcomes later in life but can set the trajectory for lifelong success.

Thanks for subscribing! Please check your email for further instructions.

Something went wrong. Please check your entries and try again.
Scroll To Top